Foreigners have bought some 16,000 housing properties across the country since they were allowed to do so in 2015, according to the Ho Chi Minh City Real Estate Association (HoREA). 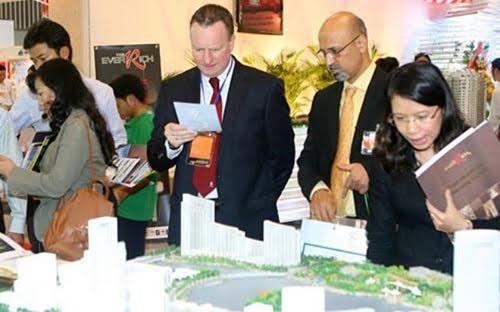 The number of foreigners buying property in Vietnam in 2015-2020

increase sharply compared with the 2008-2014 period, especially in HCM City

Their number is increasing, especially of those buying in HCM City, with most buyers coming from mainland China, Japan, Singapore, and the Republic of Korea.

Vingroup, Novaland, Phu My Hung, CBRE, and Hung Thinh sold around 10,571 of the units. HCM City has accounted for about 80 percent of all their purchases.

Many apartments in major projects in HCM City like the luxury Centennial Bason, The Grand Manhattan and Alpha City in District 1, where prices range between USD 6,000 and USD 10,000 per square meter, have been bought by foreigners.

Such cooperation is especially useful to sell in the high-end and luxury apartment segments, which attract foreign buyers, especially Chinese, HoREA said.

Some luxury projects in HCM City have even sold the maximum allowed 30 percent of their units to foreigners.

Thus, at projects such as Gateway Thao Dien, Nassim and Thao Dien Pearl in District 2 foreigners have to instead sign 50-year rental contracts.

In the case of townhouse projects, foreigners can buy up to 10 percent or 250 units.

HoREA believes that this limit is low and inappropriate, for some places with a large concentration of foreigners, such as Phu My Hung New Urban Area in District 7 with about 20,000 permanent foreigners.

To promote foreigners’ trading of real estate products on the local market, Vietnam should increase the portion of property products available for foreigners in each project, experts said.