Hanoi has attracted around USD 25 billion in foreign direct investment (FDI) over the last five years, with priority given to quality and sustainable development, figures show.

The capital city took the lead nationwide in FDI attraction during the 2018 – 2019 period. Notably, it received some USD 3.28 billion in the first nine months of this year, amid the COVID-19 pandemic.

It currently has 6,278 FDI projects worth over USD 47.7 billion, of which USD 28.5 billion has been disbursed. 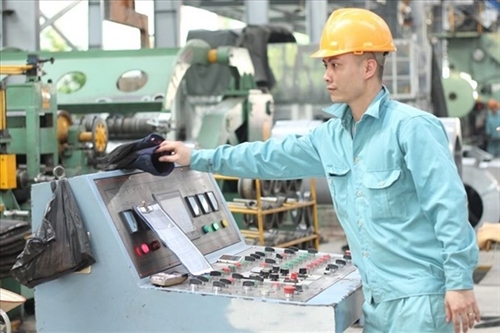 According to Director of the municipal Department of Planning and Investment Nguyen Manh Quyen, FDI accounts for 12.8 percent of the city’s total investment capital and 10.4 percent of the local budget.

Forty-one percent of Japanese firms, meanwhile, have considered expanding their operations in Vietnam over the next three years, according to Takeo Nakajima, Chief Representative of the Japan External Trade Organization (JETRO) in Hanoi.

Hanoi should therefore bring into full play its position as one of the top 10 localities nationwide in the provincial competitiveness index (PCI), he suggested, in order to attract even more Japanese investment.

Experts, however, have said the city must address issues such as the slow development of industrial zones and clusters, high land rentals, and small-scale support industry, to attract high-quality FDI projects.

According to the municipal Department of Planning and Investment, Hanoi expects to attract USD 30-40 billion in FDI during the 2011-2025 period, of which USD 20 billion – USD 30 billion will be disbursed.

The number of businesses using cutting-edge technologies and modern management and environmental protection methods is expected to increase by 50 percent by 2025 compared to 2018, while the rate of locally-made content is to reach 30 percent.

To that end, Director of the Department of Planning and Investment Nguyen Manh Quyen said Hanoi will continue to target quality projects, especially with partners such as Japan, the United States and Europe, to step up technology transfer.

He suggested the capital city develop a number of urban economic models, saying it is likely to become the country’s creative center.

It is working to improve its business environment, devise a plan for the support industry by 2025, and complete industrial parks and clusters and transport infrastructure, while building e-government to make business registration and tax declarations and payments easier for enterprises.

Phan Duc Hieu, deputy head of the Central Institute for Economic Management at the Ministry of Planning and Investment (MPI), said Hanoi should employ mechanisms that help promote links between domestic and foreign firms, encourage multi-national groups to invest in the city, and develop creative and innovation centers.

The “Hanoi: Investment and Development Cooperation” conference, which is held annually with the participation of a large number of investors, confirms the city is a safe and attractive investment destination.

Secretary of the municipal Party Committee Vuong Dinh Hue pledged at a recent meeting with representatives from the Ministry of Planning and Investment that Hanoi will further create optimal conditions for investors by working with them and sharing their difficulties.

Attracting FDI will raise the city’s competitiveness and materialize its target of rapid, sustainable, and modern development, he emphasized.