From 9 – 16 October 2011, a Danish Patent and Trademark Office delegation headed by Mr. Keld Nymann Jensen, Deputy Director General, paid a working visited to the National Office of Intellectual Property of Vietnam (NOIP). The delegation was received by Mr. Tran Viet Hung, Assistant to the Minister of Science and Technology for Intellectual Property and Mr. Ta Quang Minh, Director General of NOIP.

At the meeting, the two sides expressed their desire of further strenthening bilateral cooperation based on the Memorendum of Understanding (MOU) which was signed in 2010 and jointly-developing a capacity strengthening project for the NOIP. The project proposal if approved by the two Governments, will mark a new development in bilateral cooperation on intellectual property between the two countries. The NOIP will accordingly be assisted in, through this project, setting up a quality control system of examination of industrial property applications, and establishing commercial services which is of the DKPTO’s strength. The Danish delegates also spent time listening to and studying needs of the NOIP. This will be serving as grounds for the DKPTO provide consultation of necessary techniccal assistance which would help the NOIP soon fulfill objectives posed by the project.

The project proposal had been finalised by both sides and will be promptly submitted to relevant agencies of the two countries for approval. Hopefully, this project will be implemented in fiscal year 2012, meeting desire of both the NOIP and DKPTO, and contributing to enhancing cooperative ties between Vietnam and Denmark.
On 16 October 2011, the DKPTO delegation successfully ended its visit and departed to their home country. 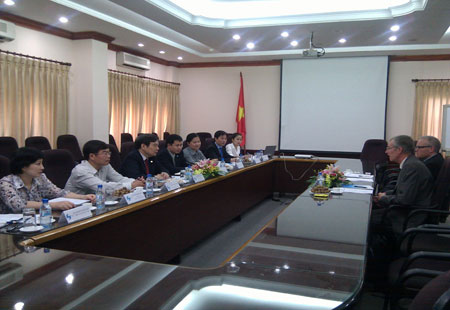 The delegation was received by the NOIP leadership 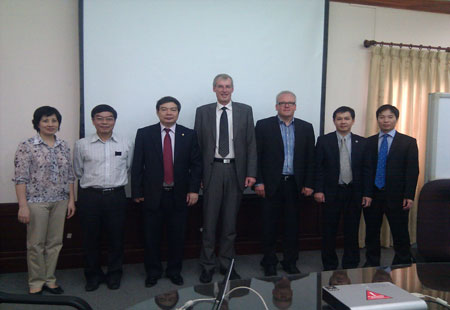