Enterprises have been reluctant to cooperate with universities on commercialisation of their inventions and products because of the lack of intellectual property (IP) protection, according to the Vietnam Invention Association. 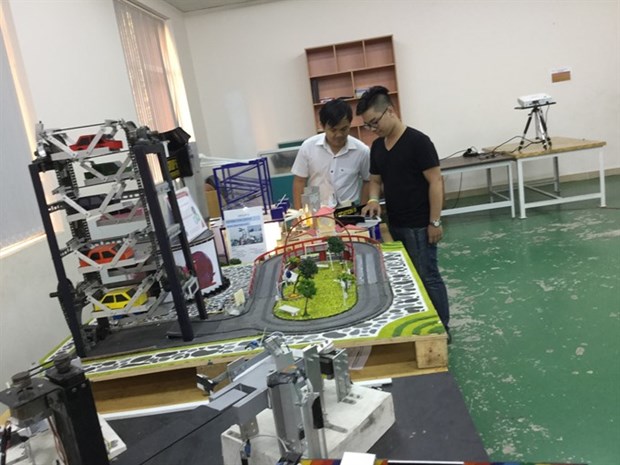 Commercialisation of applied research could bring huge profits to universities, according to the association.

Phan Thi Chau, the association’s vice president, said: “If a research solution is applied and truly useful, it would have huge value. It is a waste not to commercialise it.”

However, for enterprises to make a product, the applied research product or invention needs to have a registered copyright.

“If there is no copyright, it is difficult for enterprises to invest a large amount of money in commercialisation,” Chau said.

To date, only few universities have paid attention to copyrighting applied research results, she added.

This has resulted in a limitation in co-operation in commercialisation between enterprises and universities.

“Universities should also draw up regulations to encourage their scientists to register for a copyright for IP protection,” she said.

Tran Viet Hong of the HCM City University of Technology said that communication and training about the importance of IP should be improved, and that universities should develop a strategy for management of applied research commercialisation.

He, however, noted that enforcement of the copyright law was still not strong enough and that severe fines should be imposed on violators.

Figures from the Ministry of Education and Training show that scientific research at universities has seen significant progress.

Between 2011 and 2016, the ministry allocated nearly 292 billion VND (12.8 million USD) for 46 projects on improving research capacities. Labs at universities were also provided with modern equipment.

Universities in the fields of agriculture-forestry-fishery and medicine had 570 scientific research results applied to production from 2011 to 2016. However, only 17 products were registered for IP protection.

A lecturer, who declined to be named, from the HCM City University of Medicine and Pharmacy blamed red tape during the IP process as a barrier to copyright registration.

Eight years ago, the lecturer visited the IP office in the city to learn about procedures for registration, but after receiving the answers from office staff, he found that it was too complicated.

Moreover, he was told to wait for two years for the office staff to check whether his idea had been proposed by anyone else.

“I was discouraged and gave up,” he said.

After hearing what the lecturer said, Chau said that universities should set up a legal division specialising in this issue to help academics.

Only some universities, such as the HCM City University of Medicine and Pharmacy and University of Science under the Vietnam National University-HCM, have such a legal division.

The Vietnam Invention Association, established in 2015, is ready to help them tackle the problems associated with red tape, according to Chau.

Universities should also draw up regulations on rewards for any lecturer or scientist who has had their research commercialised, she said.

She also suggested that universities begin to work with enterprises more closely.

Several universities have invited enterprises to meetings to discuss research projects, but some of the applied research did not match the companies’ needs, she said