The 41st General Assembly of the ASEAN Inter-Parliamentary Assembly (AIPA 41) themed “Parliamentary Diplomacy for a Cohesive and Responsive ASEAN Community” opened in Hanoi on September 8 under the chair of National Assembly Chairwoman Nguyen Thi Kim Ngan. 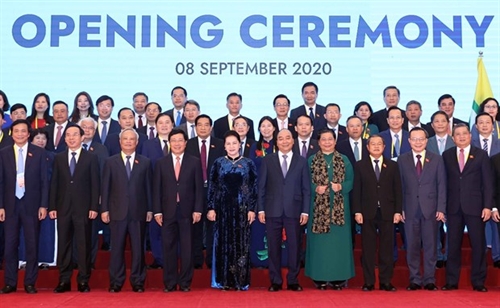 Addressing the opening ceremony, NA Chairwoman Ngan said this is the first time in 43-year history the AIPA General Assembly has been held virtually amid the complicated developments of COVID-19, showing determination and efforts of ASEAN member parliaments and governments in overcoming difficulties, fighting the pandemic and moving forward for people’s well-being and cooperation and development of the ASEAN Community. This is the third time Vietnam has undertaken on the role of AIPA chair and hosted the General Assembly of the ASEAN Inter-Parliamentary Assembly. This event affirmed Vietnamese National Assembly’s role and responsibility as well as AIPA’s international mission in multilateral cooperation mechanisms.

She informed delegates that the Vietnamese National Assembly has closely cooperated with ASEAN member parliaments to organize numerous activities, promoting roles of the AIPA and its members in building ASEAN Community. 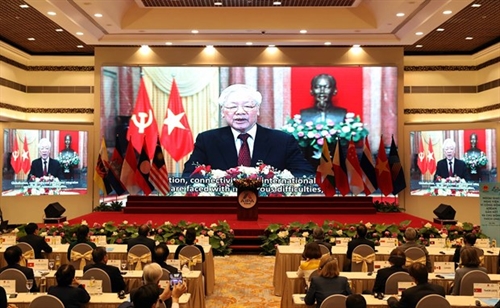 In his video message at the opening ceremony, Party General Secretary and State President Nguyen Phu Trong applauded the organization of AIPA 41 in the form of a teleconference.

A strong ASEAN that plays the central role and serves as a driving force of regional and international cooperation will be both the mainstay and the goal of Vietnam, he noted.

It’s now more important than ever that AIPA keeps contributing to efforts to promote ASEAN’s central role in an evolving regional architecture while promoting multilateralism, international connectivity and cooperation, and respect for law.

He expressed his belief that this time’s general assembly will work towards community-based mindset and actions so as to achieve a strong and cohesive ASEAN Community that is oriented towards and centers on the people with its role established in the international arena. 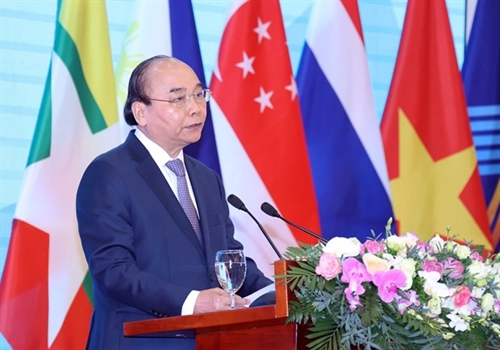 Speaking at the event, Prime Minister Nguyen Xuan Phuc spoke highly of the AIPA’s role as a significant organization of legislative bodies in ASEAN. During the past decades, AIPA parliamentary cooperation has always played an important role in coordinating with ASEAN member governments in maintaining and consolidating regional peace, security, stability, cooperation and development; as well as enhancing people-to-people connectivity.

He stressed the effectiveness of the ASEAN Leaders’ Interface with AIPA representatives during the virtual 36th ASEAN Summit and the need to uphold the dialogue mechanism, adding that the dialogue has helped the governments implement policies to improve its people’s livelihoods and well-being.

A meeting of Women Parliamentarians of AIPA (WAIPA), AIPA Young Parliamentarians and meetings of the Political, Economic, Social Affairs and Organization Committees will be held within the event’s framework.